China enacts new laws to manage foreign vessels in its seas. In order to enter the Chinese market, tanker owners must submit additional documentation. At a time when the U.S. and its allies are conducting military exercises in the region, China is showing its muscles. According to the “law,” China announced last week new maritime laws that compel ships transporting specific goods to give comprehensive information to Chinese officials while traveling through “territorial waters” within the country. Nearly the whole 1.3 million square kilometers of the South China Sea is claimed by Beijing as part of its sovereign territory.

An updated maritime traffic safety law was adopted by the Chinese in April 2021. This action is fraught with ambiguity, just as China’s maritime claims in the South China Sea are. “Innocent passage” is a legal privilege granted by the United Nations Convention on the Law of the Sea to military or civilian ships sailing through the territorial waters of another state. It is described as a water belt that stretches 12 nautical miles from a coastal state’s baseline.

The Territorial Seas and Contiguous Territories Act of February 25, 1992, defines China’s territorial seas as the waters close to the mainland and offshore islands, notably Taiwan and Diayou, Pengshu, Dongsha, Xisha, and the Nansha Islands. China’s Nine Dash Line surrounds the waters, although it’s not explicitly stated. Nine Lines are indicated in green on the map of the South China Sea. Paracels seized from Vietnam in 1975 by the Chinese are now under Chinese sovereignty.

China also claims Mischief Reef, Second Thomas Shoal, and Reed Bank which are all naturally undersea and do not give rise to any territorial claims. For its final ruling on South China Sea water claims under UNCLOS’s “historical rights” clause, it found that such claims were unsustainable and violated international law.

This was a victory for China’s broad claims, which it established implicitly by drawing the so-called Nine Lines, which covered the majority of the South China Sea. Because of this, the capacity of China’s government to enforce its far-reaching claims is restricted. “China enacts new laws”.

The United States’ role in the South China Sea conflict

Forcibly evacuating Vietnamese from Fiery Cross Reef in 1988 and Mischief Reef, Philippines, in 1995, the Chinese viewed themselves as latecomers in the South China Sea. It was a chance for the United States, which has traditionally patrolled close to Chinese seas, to confront China, so it began conducting naval operations in the South China Sea in 2012 to ensure freedom of navigation in the region’s waterways.

This is a snapshot of real-time marine traffic in the South China Sea. On 14th September 2021, this graphic depicts the bulk of traffic passing via the SCS on route to China or Hong Kong.

It runs from the southwest to the northeast, bypassing the Spratlys. China has not yet sought to stop any commercial movement in the South China Maritime sea lanes. In fact, seven of the top ten commercial ports are located in China, and some of the world’s largest shipping firms rely on access to Chinese ports and sea routes in order to be successful. Since the majority of the traffic is going to China and Hong Kong, the Chinese are unlikely to restrict it.

According to initial estimates, $5.3 trillion of global trade traveled through the South China Sea in 2016, but a Center for Strategic and International Studies research revealed that the real figure was closer to $3.4 trillion, or 21 percent. 36 percent of global commerce isn’t what it used to be, according to earlier estimates. China’s marine trade accounts for 64 percent of the waterway’s traffic, compared to 42 percent for Japan’s. As is well-known, China is ASEAN’s largest trading partner. The Lombok Strait is the primary route by which Japan’s massive trade passes across the South China Sea, despite Japan’s strong interest in freedom of passage.

Indian commerce across the South China Sea in 2019-20 accounted for 18 percent, with most of it going to China. While India’s commerce with China topped $81 billion during this period, its trade with South Korea was half that amount and Hong Kong brought in another $34 billion. In the face of China’s vast and vague maritime claims, it seems doubtful that it will back down. However, it demands that they accept a declaration that extraterritorial forces are excluded from concerns in the South China Sea in order to cooperate on a Code of Conduct. “China enacts new laws”. 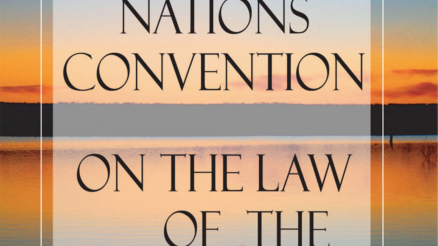 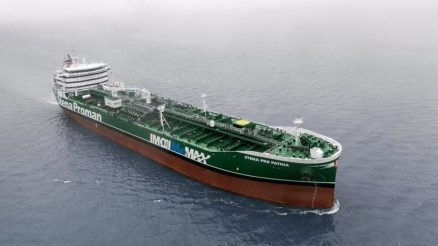