Proper safety settings are essential for an ECDIS display. Inappropriate settings have always led to grounding issues. Safety depth and safety contour must be understood by navigators in order to obtain a logical and well-planned outcome.

Aside from that, contours on electronic charts generated by various hydrographic offices may differ as well. During route planning, if the path crosses the ship’s safety contour, it will be noted. During route monitoring, ECDIS should alert the navigator if the ship is likely to cross the safety contour within a defined period.

There are a few things a navigator should keep in mind while displaying underwater obstacle or isolated hazard indicators. A deep contour may be used to subdivide the safe water. In this instance, the area between the safe contour and deep contour will be tinted grey, and the safe water will be subdivided.

Seabed gradients should be shown using shallow and deep contours, respectively. Not all ECDIS manufacturers have separate controls for safety contour and safety depth value, some have a shared or connected control, it’s widely accepted by the industry. Having only one control for “Safety Depth” reduces the system’s versatility. As a result, the navigator must decide whether the safety depth should be draught or draught plus a UKC allowance. To ensure that the safety depth is set to an appropriate value, it is advisable to use the safety contour value on ECDIS.

By selecting settings such as those shown below, the user can significantly enhance their situational awareness when the manufacturer offers separate controls for safety depth and safety contour.

Gross UKC + maximum draft should not be less than this value.

Ideally, the next contour should be shallower than the safety contour in order to draw attention to how the seabed slopes.

This is the line that separates safe water from hazardous water (Ship’s draft + Squat + UKC – Height of Tide).

Safety depth must be more than or equal to Safety contour

This number shouldn’t be higher than the safety contour.

At least double the vessel’s draft, this number should be higher than the safety contour.

To designate a region where the depth of the water is such that a ship’s squat may occur.

Isolated dangers are displayed in different ways depending on the safety contours.

As a general rule, this number should not be less than the vessel’s air draft plus 1 metre.

ENCs (Electronic Navigation Charts) do not include source data diagrams as paper charts do. The CATZOCs provide the navigator a way to check on the reliability and quality of source data, rather than only providing (Category of Zone of Confidence). There are five quality categories for examined data (CATZOC A1, A2, B, C, and D) and a sixth category for data that has not yet been analyzed, which offers an estimate of the dependability of data. In addition, these CATZOC characteristics should be taken into account while putting up a ship’s safety settings. 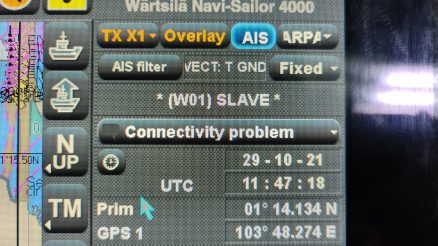 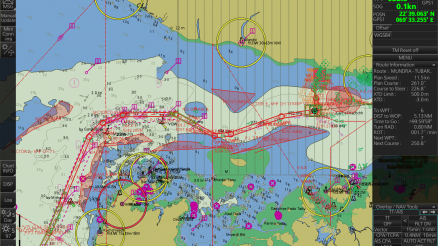