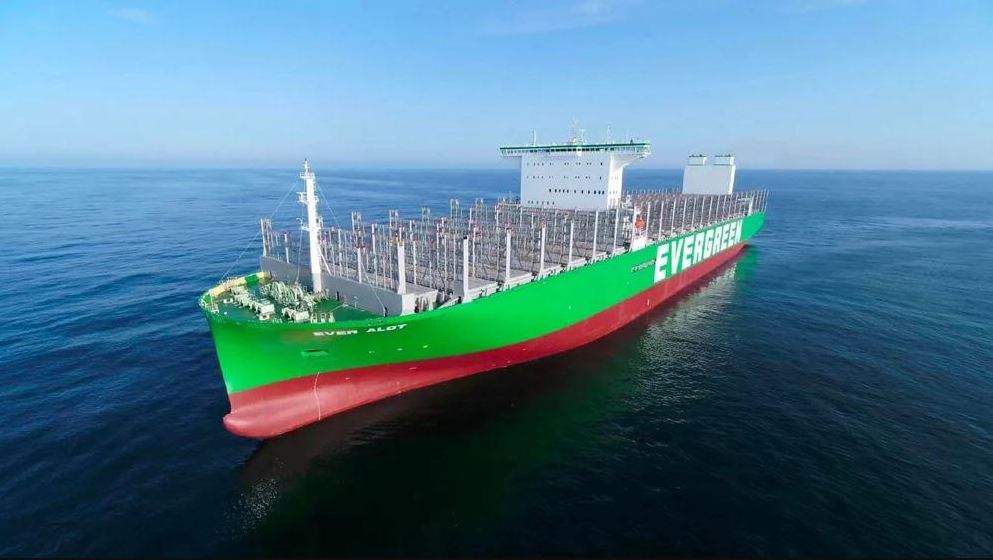 The world’s largest container ship with a capacity of 24,000 was delivered last week in Shanghai.

Ever Alot the world’s largest container ship as of June 2022, the first of its kind has been delivered in Shanghai last week. The vessel was delivered by Hudong-Zhonghua Shipbuilding (Group) Co., Ltd., a subsidiary of the China State Shipbuilding Corporation.

The container vessel which can stack to a maximum height equivalent to a 22-story building, a cargo compartment of 33.2 meters and can carry 240,000 tonnes of cargo in more than 24,000 standard containers at a time making world record as the biggest container vessel. Furthermore the ships performance indicators also meets international advanced standards.

Ever Alot will start its journeys carrying containers between far East and Europe.

Hudong-Zhonghua which built 70 containers previously with 8000 TEUs capacity, is currently
working on another 9 more ultra-large container vessels of 24000 TEUs. The vessels includes three more Evergreen A class vessels which will be delivered this year, making Hudong- Zhonghua first of Chinese shipyards to build ships of the size. Ever A lot also proves China’s shipbuilding capabilities to the world, increasing completion in the ship building and making Chinese companies to top 10 ship builders in the world ranking.

CSSC’s Jiangnan Shipyard in China will also deliver two 24,000 TEU Evergreen A class ships. 13 ships planned for the Evergreen A Class in total, including four to be built by Hudong-Zhonghua.