Ihavandhippolhu is the northernmost atoll in the Maldives, and the Maldives government has declared that it is looking for other methods to develop and expand the container transshipment port.

On 19th November 2019 was reported that Niras from Denmark and Riyan Private Limited from the Maldives had been contracted by MTBS a Dutch business, to offer project feasibility and concept planning as well as consultancy for the project in the Maldives Ihavandhippolhu atoll.

As of March 20, 2021, the Ministry of Finance has invited interested firms to submit “expressions of interest” (EOI). When the project was put up to bid, six parties submitted bids. Nevertheless, the evaluation of the bid proposals revealed that none of them met the criterion in the first place; Ministry has thus temporarily halted the Expression of Interest procedure.

It has been reported that government officials are looking for new methods to move forward with the project as a result of this.

According to the ministry of economics, the project requires an estimated investment of 466 USD.

As a result of this initiative to develop a transshipment port at Ihavandhippolhu atoll, the government aims to diversify the economy and provide long-term innovation to the economy.

It is also hoped that this initiative would contribute to the development of other regions outside of Male’, as well as generate job opportunities and improve the standard of living for the people. 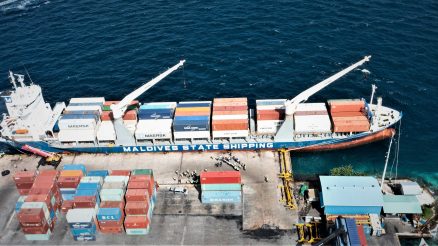