State Trading Organization PLC originally owned and operated her. However, she’s registered under the Panamanian flag with a Classification society Korean Register.

MT Alihuras marked the beginning of a new era for STO Oil business after years of chartered vessels delivering petroleum products to clients.

There are two primary reasons why MT Alihuras was transferred to the STO subsidiary and why she was localized: she is single-skinned and aged.

MT Alihuras is powered by a 1D: 2 SA 7 CY motor propulsion engine built by MAKITA CORPORATION. The engine has 4531 horsepower and a maximum RPM of 210.0.

A Maldivian welder has burned to death in an explosion aboard the vessel years ago, and it was a really sad and tragic incident.

Though a modest vessel, she has been in operation for many years as the largest vessel owned by a Maldivian firm, despite the fact that STO is a state-owned enterprise.

Maldives Airports company granted STO the bunker delivery contract. In fact, it was her who carried the bulk of the cargo.

First time since FSM took over this year, Capt. Abdulla Adam is commanding the vessel, which will be drydocked in Colombo.

The tanker vessel would likely have to sail at a slower pace, thus the trip to Colombo might take around one and a half days.

This is a virtue that has been cultivated over the previous decade. 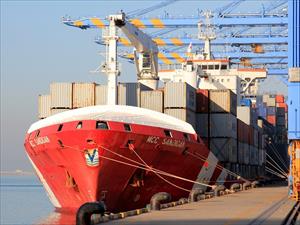