With regards to MV Navios Amaryllis, it was announced by the Ministry of Environment that she will be required to deposit MVR 109 million if she intends to depart after running aground on the reefs to the west of K. Rasfari.

Prior to the completion of the survey, a deposit of MVR 100 million was revealed to be required if the vessel chooses to depart the Maldives once refloated. In addition to the MVR nine million fine, which was imposed for the harm caused, a legal responsibility document requiring payment of MVR nine million was also provided as part of the settlement.

According to the EPA, severe weather has caused a delay in completing the damage assessment. The Environmental Protection Agency (EPA) had previously stated that the assessment work would begin as soon as the vessel was refloated.

“Navios Amaryllis,” the Panama flag bulk carrier, was refloated earlier than predicted, toward the end of August.

On August 19, the 190-meter-long vessel got aground on a coral off the coast of K.Rasfari island. That very day, the salvage operation got under way. MNDF said that the recovery operation had been finished by Sunday afternoon with the assistance of the Maldives Coast Guard and other relevant agencies.

To avoid a spill, 1,226 tons of oil were transferred to the ship’s upper tanks before the refloating operation could begin.

Minister of Transportation’s Deputy Minister Hamadh Abdul Ghanee indicated that investigations revealed a greater involvement in reef destruction caused by the Master. While sailing from India’s Tuticorin to South Africa, this vessel encountered the Rasfari reef after the engine failure and was being dragged by the tides. 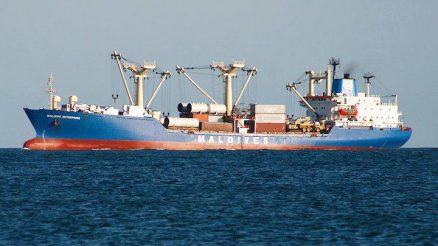 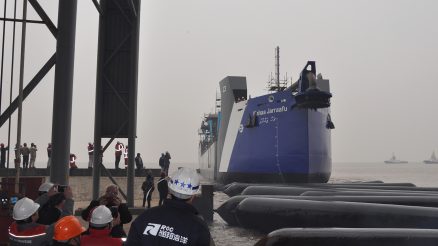